We’re just this group of guys… you know? Actually, we are a diverse bunch that really enjoys amateur radio. 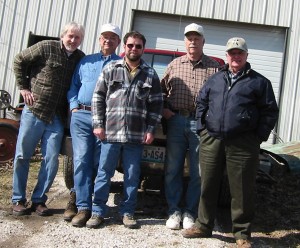 There’s not much of a mystery here. We build repeaters. People use them. We think we are pretty good at it. And we seem to constantly be fixing lightning damage. That’s pretty much our story.

We don’t have a formalized “club” and we don’t have organized events. We do have lunch together pretty much every Thursday at Pizza Inn on West Battlefield in Springfield, Missouri around 11am. You’re welcome to stop by. We aren’t hard to spot.

Funding for repairs, growth and maintenance of the repeaters comes from users just like you. Repeaters aren’t cheap to build and keep on the air. Some equipment gets donated, but much of it must be purchased outright by Control Operators and is costly to say the least.

If you are a user of our repeaters, WE MUST HAVE YOUR HELP. Please support your favorite repeater by contributing a gift toward the cause at least annually. What is it worth to you to have a repeater available that you can count on??

Without your support, the repeaters won’t be on the air forever. 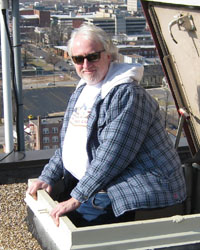 Most known for his exceptional skills with self-designed circuits, Doug is also well known among his close friends for his hilarious “fit throwings” and rants about how hot it is outside when it’s more than 50 degrees. 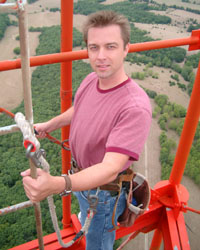 After nearly 30 years of being taught RF electronics every single week by Doug, Jeff still doesn’t know the difference between AC, DC or SINAD. But he does remember that the red wire goes to the + and the black wire goes to the -.

Though not afraid of heights, climbing is basically all Jeff is really good for. And he doesn’t even like doing that. 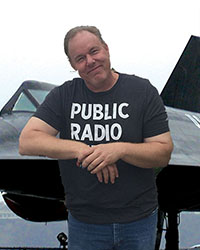 Dan is mostly only good for heavy lifting and using wires that are too short, but he occationally does something useful.  So we keep him around for grunt work and the random SR-71 Blackbird factoid.

Known as the “Money Man”, Joe has a knack for writing grants and peddling for change among the amateur community. He is kinda like a pan-handler and hams run when they see him coming. 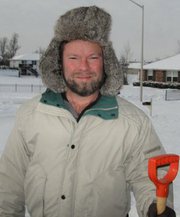 Best known for his wise cracking jokes and ability to laugh at himself, Chris is also the defacto safety monitor. One of his most famous quotes is “You can be killed.”